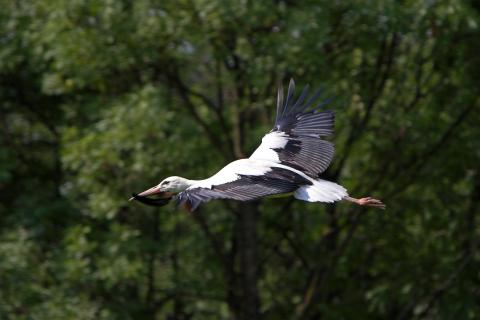 Description:
The of ponds, islets, canals, oxbow lakes and Kovilj-Petrovaradin Fen is a network marshes. Tis area is a Danube ﬂoodplain, downstream from Novi Sad, which includes Petrovaradin Fen, Kovilj Fen, Krcedin Island and part of the Gardinovacki oxbow. Te preservation of native ecosystems, wealth of fauna, more than 170 bird species, 50 species of fsh, various game animals and particularly rare and scarce species, are all indicative of the extraordinary importance of the biological diversity of this area. Te Kovilj-Petrovaradin Fen was declared an Important Bird Area (IBA) in 1998, as a reﬂection of its natural wealth. It was established as a special nature reserve in 2004 and included on the list of protected areas dependent on water and relevant to the Danube basin (ICPDR), while in 2010 the reserve was nominated for admission to the list of Ramsar Convention wetland sites. Excursion destinations and fshing sites, which can be easily reached by car, include Tikvara, Slajz and Arkanj. Arkanj is home to the widely acclaimed traditional riverside restaurant Na kraj sveta (At the end of the world). Te Krcedin river island boasts vast wet meadows that are home to grazing horses, cattle and Mangulica pigs. Located on the riverside areas beside the communities of Kovilj and Petrovaradin, Kovilj village boasts the house where famous local poet Laza Kostic was born. Te village is also home to the Kovilj Monastery, built in the early 14th century, and the church of St. Petka, which has an oak partially ingrown into its superstructure and is often used by nesting storks – thus symbolising the unity of nature and the cultural heritage of this area.Te sprawling fen is populated by a great number of Black storks, which circle over the fen during their migration period, as well heron and spoonbill that visit the Krcedin river island in search of an evening meal. Te four-leaf fern (Marsillea quadrifolia), a strictly protected species in Europe, grows in abundance in the shallow depressions on Krcedin Island.