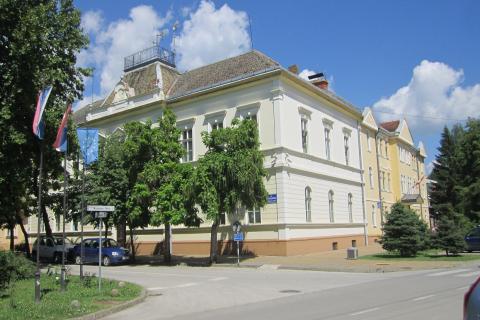 www.turizam.bac.rs
Description:
Bač, an ancient town on Mostonga (140 кm away from Belgrade), is the place which actually the whole region of Bačka was named after. It was a very developed place already in the medieval times when it was the seat of the Archiepiscopate and county. The excavations from the Roman period indicate that there used to be a Roman settlement in the surrounding which was destroyed by the Barbarians. Franciscan Monastery, from 1169 was built in an unusual style presenting the combination of Romanesque and early Gothic style, and as such attracts attention of the visitors of this small place. In Bač, in the Gebauer's House decorated today with an original window and stairs, the first pharmacy was opened on the territory of Vojvodina. It may be interesting to visit the Monastery Bođani located 13 kilometers from the center of the town. The Monastery was built by a trader Bogdan from Dalmatia, beside the miraculous spring where he found a cure for his eyes problem. A visit of the Middle Age Fortress of Bač and climbing the Tower of Dužon, is a recommendation of the people living there. Amazing souvenirs are sold in all the villages in this area, and there is also a possibility to make yourselfe, with the help of skillful villagers, some craft that you will take as a souvenir with you. A dinner on the terraces of Bač is a special entertainment, whil staying overnight there, at favourable prices, may be organized at a local touristic organization.