Traditional products in Bosnia and Herzegovina/Bosna i Hercegovina – E75
Photographies: 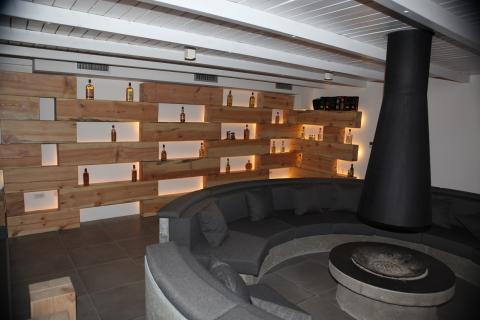 www.bbklekovaca.com
Description:
The organized production and bottling of juniper brandy began at the Farmers’ Cooperative “Bajina Bašta” in 1955, and in a relatively short time, it became recognized for its original bottle with a yellow label and a red capsule (bottle cap), which found its place on the shelves of the shops throughout the former Yugoslavia and abroad – in Paris and London – thanks to its exporters. Juniper brandy is produced from the most quality sorts of the plum, according to a traditional technological procedure, with the addition of the selected fruits (berries) of juniper. The blend of a tradition of many years and the experience gained in the production of this brandy, as well as the application of the latest technological achievements and the scientific knowledge in the field of the production of strong alcoholic drinks, leave their unique stamp and make these products visible. Upon completion of the destilling, maturation and aging of brandy in oak casks, brandy is bottled and packed in the final BB Klekovača (Juniper Brandy of Bajina Bašta) in the bottles of 1 l, the special 0.7 l bottles and 0.5 l bottles, whereas the assortment also includes Soft Brandy for cooking and White-Hot (Double Distilled) brandy packed in 1 l bottles. At the beginning of 2010 and after the bankruptcy proceedings against the Farmers’ Cooperative “Bajina Bašta”, the production of the brandy and the ownership of the brandy have been in the hands of the newly-established enterprise “BB Klekovača” d.o.o. As early as in the first half of 2011, thanks to the enterprising spirit and enthusiasm of the current owner, the sale was doubled in comparison with the previous years, and a stable raw basis was ensured as the basis for continuous and long-term production. In 2012, BB Klekovača entered the new business premises and the production facility. The production facility and the business premises started being renovated and equipped. Further steps were made in strengthening the enterprise’s position – the four new products were being created: Quince Brandy, Apricot Brandy, Williams Pear Brandy and Herbal Brandy – the products that would be launched in the market during 2015. BB Klekovača has won numerous significant awards, and the result of its quality reflects in its intensified sale and export to other countries. HACCP was introduced, and BB Klekovača won the apartment part within the business premises, and the Tasting Room is planned for mid-2015. Tel: +381 31 866 175 ; +381 31 866 190 ; +381 64 314 0960 ; +381 69 444 9774 Carice Milice 5 31250 Bajina Bašta, Serbia
Audio record: