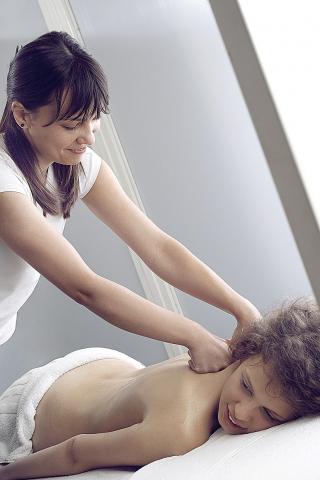 www.banjarusanda.rs
Description:
Banja Rusanda spa is located in Banat, on the northern shore of Jezero Rusanda lake, and is part of the village of Melenci in the municipality of Zrenjanin. The spa lies 82 m above sea-level and is 16 km from the city of Zrenjanin and 90 km from Belgrade. Banja Rusanda can be reached using the main Belgrade-Zrenjanin-Kikinda road or the Novi Sad-Kikinda road. Banja Rusanda has been treating people for more than 130 years and was founded on the use of the medicinal properties of curative mud (peloid) from Jezero Rusanda lake, which is considered to be among the most medicinal in Serbia. There is also a mineral water well in the spa which has a temperature of 32°C. Treatment is administered in the Melenci Specialised Rehabilitation Hospital, in cooperation with the Zrenjanin Medical Centre and the medical schools in Novi Sad and Belgrade. The rehabilitation process involves the use of different diagnostic and therapeutic procedures, such as kinesiotherapy, hydro-kinesiotherapy, underwater massage, galvanic bath, four cell baths, localised and alternating mineral water baths, occupational therapy, electrotherapy, phototherapy, ultrasound therapy, paraffin therapy, peloidotherapy, speech therapy, neuropsycological rehabilitation, acupuncture and laser and magnetic therapy. The following are treated in Banja Rusanda: inflammatory rheumatism when not flared up (rheumatoid arthritis) degenerative rheumatism (arthritis and spondylosis) extra-articular and metabolic rheumatism (fibrositis, panniculitis and myositis) intervertebral disc conditions and lumbar ischialgia after-effects of trauma and conditions after bone breakages and bone and joint surgery skin diseases (psoriasis and chronic eczema) chronic non-specific gynaecological diseases and infertility Banja Rusanda lies on flat terrain and is surrounded by a lake, vineyards and a large green belt of parks and forests. Walking paths crisscross the park and nearby there is a complex of sports grounds for football, tennis and small-scale sports. Guests can visit Bečej and its famous stud farm, the Carska Bara wetland and the village of Ečka, known for its rich hunting and fishing reserves.
Audio record: