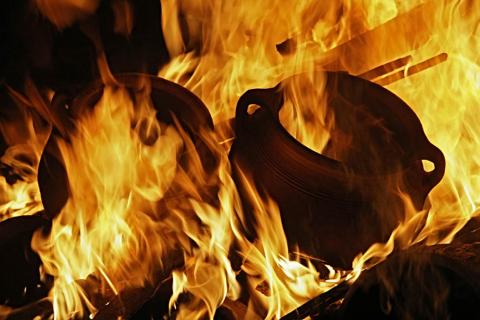 www.zlakusa.co.rs
Description:
Master Milić Nikitović, the man who founded our shop and after whom the shop was given its name, began making clay vessels and objects in his earliest childhood. He had been taught this craft by his father Milijan, who had also been a potter. Milić, however, continued that tradition and continued to improve his products both their visual side and quality, to such an extent that their quality has become almost perfect. Apart from his wish to earn from his work, Milić has always done his best to preserve from oblivion the way of making and the materials used for making the vessels of Zlakusa. A lot of young potters, whose number in Zlakusa has been increasing year after year, learnt their first lessons from him; he discovered the secrets of this craft to them. The Craft Shop “Milić Pottery” was established in 2013. The seat of the shop is in Zlakusa, where the workshops for production also are located. We are going to make our best efforts to exist as long as possible and to make as many people as possible familiar with the secrets of the vessels of Zlakusa and their advantages and quality. Zlakusa bb, Zlakusa Tel: +381 31 546 032 ; +381 64 202 3611
Audio record: