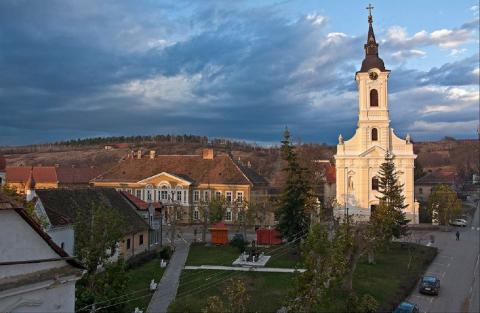 www.belacrkvato.org
Description:
An amazing town Bela Crkva is situated only 35 kilometres away in the south of Vršac, on the border with Romania, which surrounds it on three sides. Bela crkva is 96 kilometers away from Belgrade. It has its river Nera, and several small lakes, as well as the Danube-Tisa-Danube Canal. Some people call it Venice of Vojvodina because of being rich in waters. Like Vršac, Bela Crkva as well is distinguished by numerous Baroque fasades in the centar of the town. The local museum has existed since 1877. The main street, called Prvi oktobar goes up to its city park in the center of the town towards north. The most beautiful view spreads from the Kalvarije Hill, rising behind a roman-catholic church, and which actually presents one of the last ranges of the Carpathian Mountains. Bela Crkva is also known as a town of flowers, and traditionally every summer, the manifestation the Carnival of Flowers is organized there. It has been held without exception, for more than 100 years. With a reason, the villagers promote their native town as a place with fresh air and untouch nature. Lakes of Bela Crkva offer perfect opportunities to relax swimming there. They were made due to gravel mining for the purpose of industry, and later they became a touristic attraction, mostly due to crystal clear water filtrated through the surrounding ground. The nearby arranged strand offers good entertainment and is situated almost in the very center of the place.