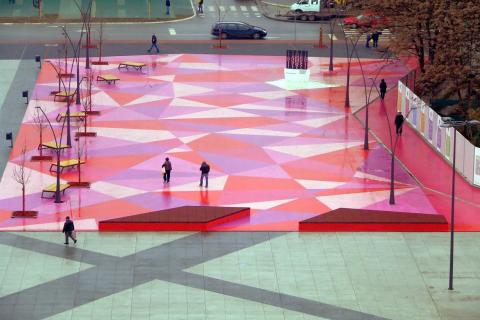 sabacturizam.org
Description:
Šabac is situated on the banks of the river Sava, 85 kilometres to the west from Belgrade. It had its prosperity in the 19th century after the Serbian uprisings, thanks to itsbeing in the vicinity of Vojvodina. In Šabac, the first piano was brought, first orchestra was established in the Principality of Serbia, and first hospital and pharmacy were opened. The Church of St Peter and St Pavle dominates the urban core of the city of Šabac, built in 1831, with an iconostasis of Pavle Simić, a notable painter from the middle of 19th centiry. The National Museum is situated within the edifice of Polugimnazija (school of middle-level education) dated 1856 and has a significant collection of archeological, archive and ethnographic content. Being an important architectonic edifice, the House of Krsmanović family stands out, situated in Karađorđeva street, today’s main promenade. Šabac has its monument of love – memorial Ašik’s grave. It was built in the village Metlić in the memory of a tragic love between Pavle and Đula. Janko Veselinović has described this event in his novel. The Šabac Fortress is situated close to the city. It was built by the Turks in 1470 in the place of medieval Zaslon, being a rectangular plain fortification with angular towers, enclosed with a ditch through which the river Sava was once running. The walls and one tower has been preserved. Every year, on the day of the Nativity of the Holy Theotokos, the famous Šabac's Fair is being held considered to be one of the most joyful manifestations in Serbia. Since 1968, Šabac has been the host town of Čivijada and the capital of the Republic of Čivija, the greatest humorous-satirical festival in Serbia. Mišar, close to Šabac, is a place where the fighters fighting in the uprising lead by Karađorđe, won a great victory over the Turkish people, known to all those who are fans of epic poetry for the description in the poem Battle of Mišar. The legendary mountain Cer, famous for the battle of Cer, and a great Serbian victory in the First World War, under the command of the Duke Stepa Stepanović. Today, this place 25 kilometres away from Šabac, presents a favourite picnic place. There is a nice mountain home which provides a wonderful view on the Mačva plain. In the village Lipolist beside Šabac, at the end of June, the Lipolist Festival of Roses has been traditionally held. The manifestation usually starts by giving 1000 roses in the Šabac pedestrian zone. However, in this village, 700,000 of bedding rose plants are produced annually, out of which a third is exported to the European Union Market.
Audio record: