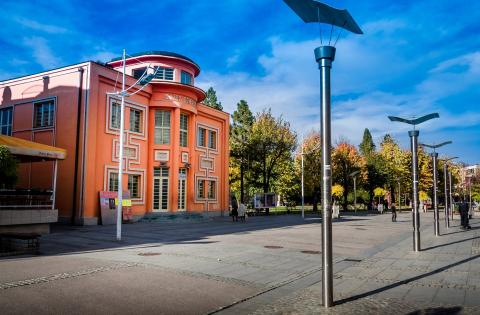 togl.rs
Description:
139 kilometers in the west from Belgrade is Loznica. This area was inhabited by the Illyrians, and the archeological finds date from 900–300 years B.C. The first modern sulphuric bath was built in the municipality of Loznica, exactly six kilometers from the town of Loznica, in Banja Koviljača spa. The tradition of this spa, 142 kilometres away from Belgrade, dates from antique times, and lies in the fact that there are sulphur-rich water springs with an ideal temperature (15-280C). The focus of spending time in this spa is today’s wonderful park that had been arranged at the beginning of 20th century, around which there are old villas and hotels. The most beautiful edifice in the surrounding is Kursaloon (1932) established by King Alexander Karadjordjević. Thanks to the royal dynasty of Karadjordjević, the spa is famous as “the Royal Spa”. In its vicinity there is a spa Banja Badanja on Iverik. The vicinity of the river Drina and hunting grounds on Boranja and Cer have been interesting to tourists for decades. Only 17 kilometres from Loznica there is the Monastery Tronoša built by a Serbian king Dragutin. Construction of the monastery was completed immediately after his death in 1317. Later, the monastery Tronoša was endowed by the succeeding Serbian rulers belonging to the Nemanjić family, Hrebeljanović, Branković and Kotroman families. Several times during the history, it was destroyed and burnt to the grounds. In 1961, the reconstruction of the monastery started. Today in this monastery there is a small Museum dedicated to Vuk Karadžić, one of splendors of Serbian culture, who had learned to read and write at exactly that place. Only 6 kilometres from Tronoša, in the village of Tršić, there is a complex of Ethno Tršić in which (Dositej’s museum, Museum exhibition "Vukovi sabori", Gallery...). As a separate whole within the complex, there expires the property of Vuk with the Vuk’s memorial house, two Wyatts, Kačar, blockhouse and a barn. Every September, there is Vukov sabor held – an International gathering of Slavists from around the world
Audio record: