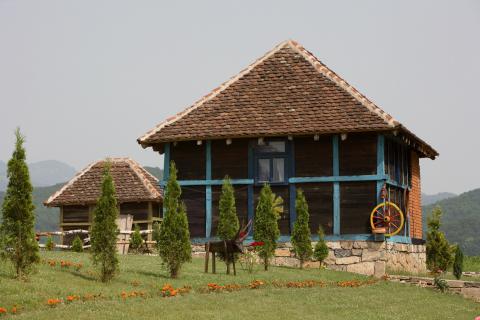 www.turistickaorganizacijaljubovija.rs
Description:
The municipality of Ljubovija ad joins Osečina, and is connected to Republika Srpska, and Bratunac and Srebrenica respectively, through the river Drina. The population call this area Azbukovci, and they call themselves Аzbukovčani. It is 200 kilometres far from Belgrade. People say that its major trump is the river Drina. Plenitude of fish attracts large number of fishermen. While passing through villages Podrinje area, you can notice that almost every house has its own beach. Every year, on the second Saturday in July, there is a well known Drina regatta organized gathering water sport fans throughout Europe. Numerous artists and sportsmen are its promoters and regular guests. Ljubovija has never succeeded in, despite its potentials, developing itself into a large city center, but on the other hand, those circumstances kept the nature untouched. In this place and surrounding villages there are six fairs held every year. The largest one is every 7th July, Ivanjdan.