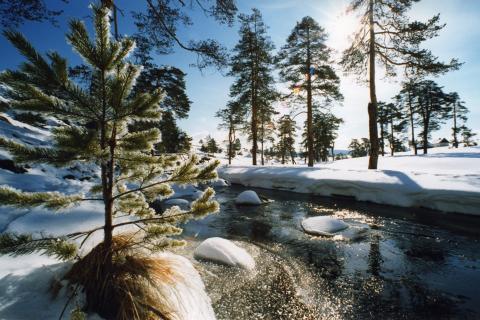 www.zlatibor.org.rs
Description:
The extensive rolling plateau of Zlatibor is located in southwestern Serbia, at a height of between 700 and 1500 m above sea-level. It located near Užice and Čajetina and is 238 km from Belgrade. The highest points are the peaks of Tornik (1496 m) and Čigota (1422 m). Owing to the continental and Mediterranean climate and air currents, which can only be found here, the harmonious relationship between wooded areas of firs, pines and spruces and spacious meadows populated with beautiful plants, rivers and streams, the unpolluted air, healthy and clean water, a large number of annual sunny days, the hospitality of the people and the beautiful ski slopes, Zlatibor has become a renowned summer and winter tourist hotspot with the longest tourist tradition of any of Serbia’s mountains. King Aleksandar Obrenović's 1893 arrival in the town of Kulaševac, which was then renamed Kraljeve Vode (King’s Waters), is considered to be the official beginning of the tourism industry in Zlatibor. Because Zlatibor’s climate is ideal for people wanting to stay healthy and fit, and also lends itself to the treatment of various respiratory diseases, anaemia, minor heart and blood vessel disorders and, in particular, thyroid disorders, it has been designated a climatic health resort. Zlatibor is crisscrossed by rivers (Crni Rzav, Veliki Rzav and Sušica) and streams, containing a wide range of fish species, including dace, gudgeon, trout, huchen and grayling. There are two artificial lakes in Zlatibor, the larger located on the Crni Rzav river in Ribnica and the smaller, which was created especially for use by tourists, in the very centre of the Zlatibor tourist village. Surrounded by pleasant paths and benches, guests can bathe and sunbathe during summer and skate on the frozen surface of the lake during winter. Zlatibor is well-known as a ski centre. Beginner skiers and children will enjoy the gentle slopes of Obudovica (with a 250 m-long ski-lift), while more experienced skiers will opt to go to Tornik and make use of its slopes. Tornik Sports Centre is located between 1110 m and 1490 m above sea-level and is 9 km from the centre of Zlatibor. The four ski slopes (Čigota, Tornik, Ribnica and Zmajevac) are ideal for slalom, giant slalom and super giant slalom skiing and are connected by three ski-lifts. In the central part of Zlatibor there are slopes for cross-country and biathlon skiing, which are considered to be among the most beautiful in Europe owing to their visibility and layout. Throughout the year, top athletes come to train in Zlatibor and there are also basketball camps and instruction in paragliding, tennis, skiing and swimming. Zlatibor is one of the largest conference tourism centres in Serbia, with a large number of conferences and seminars being held here all year round. There is also ample opportunity for leisure activities, with groups or individuals often seen on the many walking paths (which lead to Čigota, Rzav canyon, Gradina, Oko, Crni Vrh and Ribničko Jezero lake) or exploring the beauty of Zlatibor in some other way. The open-air museum of folk architecture that is the Staro Selo (Old Village) ethnic village in Sirogojno has typical 19th-century Zlatibor farmsteads on display.
Audio record: