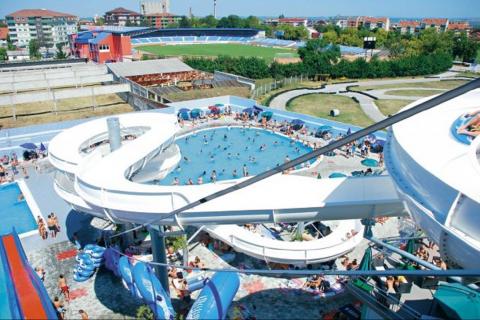 www.togjagodina.autentik.net
Description:
Jagodina is located 135 km away from Belgrade, on the E 75 highway to Niš. The first known written documents where Jagodina is mentioned originate from the 14th century. They testify to a developed place with civil service as well. During the 15th and the 16th centuries, the Turks built their small town here. Old travel writers described it as “a nice small town with four caravanserais and two mosques”. Jagodina played a significant role in both Serbian insurrections for the liberation from the Turks. During the mid-19th century, the first factory for the production of glass was established here, and the brewery began to work soon after that. Today, Jagodina is a modern town in the Morava River Basin. The center of the town is decorated with the two beautiful buildings from this town’s past. In the former Sokolski dom Home, the Homeland Museum of Jagodina is located today. The town center is also marked by the Church of St. Peter and St. Paul, built in 1899, according to the project by Svetozar Ivačković. It is characterized by balanced proportions, the developed inscribed cross in its basis, with five domes and an independently built bell-tower. Not far away from the church, there is the Residence of Hajduk Veljko, the old edifice named after a hero of the First Serbian Insurrection, who spent some time exactly in that house. The Monastery of Jošanica, originating from the end of the 14th century, is 10 km away from Jagodina, lying on the slopes of Crni vrh (Black Peak) mountain. It is the legacy of Prince Lazar. The Church of St. Nicholas is constructed on the principles of Moravian architecture.
Audio record: