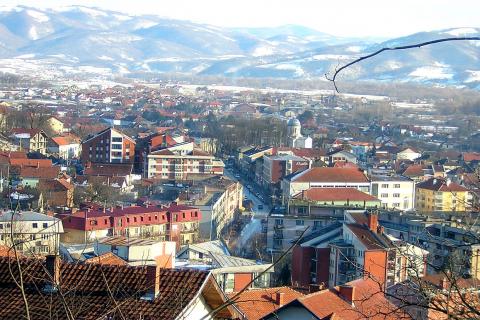 www.tokucevo.org
Description:
Kučevo is located in the Northeast part of Serbia, in Homolje. It is 42 km from Požarevac and 130 kilometres away from Belgrade. What one can immediately notice in this region is its beautiful and unspoiled nature, rich ethnological and archaeological heritage, but very hospitable people as well. Kučevo is considered to be a very old settlement. Found gold coins with the image of Emperor Hadrian testify that the Romans were here in 128 AD already. Hadrian had the mines of gold, silver and iron in the area of Kučevo. All of that was kept in a fortified town near the place where the Kučajska River flows into the Pek. The town was called Guduscum. At the site of Roman Guduscum, Kučevo is located today. Caves represent one of the characteristics of the Kučevo municipality. Ceremošnja cave is the most interesting to tourists due to its size and beauty. It is 13 km away from the town itself and it can be reached via the villages Kučajna and Bukovska. The cave was formed by the Strugarski stream which flows through it, the cave is 775 m long, and the path for visitors is 431 m long. The largest hall of this cave is called Arena and it is one of the most beautiful of its kind in Serbia. The 20 m-high ceiling is dome-shaped with rich cave ornaments descending from it. In addition, there is another hall called Gates (Dveri) and a small waterfall of Strugarski stream towards the exit which is about hundred meters away from the entrance. Tourists are also offered to visit Ravništarka cave, and it has been planned to manage Dubočka cave which is now used for speleological and adventure tourism. Kučevo is known for its manifestation called Homolje Motives which is held every year in late May and early June. This festival of folk creativity of eastern Serbia has existed since 1968 and has contributed greatly to preservation of the original traditional singing and dancing as well as the archaic customs of this region, to promotion of traditional food and folk crafts, but also to preservation of ancient skills, such as gold panning on the Pek River. Furthermore, the region of Kučevo has been a famous mining area ever since. In this area, gold has been excavated from three mines – Blagojev kamen, Santa Barbara and Grabova reka, and in the past decades gold was excavated also from the Pek River. The data have shown that in the area between Neresnica, where King Aleksandar Karadjordjevic had his excavator for extracting gold from the Pek River, about three tons of gold were excavated using very primitive technology. However, the tools used in the past for gold panning in the Pek River and its tributaries have not changed during the course of history. The simplest way was to immerse the sheep leather with fleece to the bottom of the river where gold, being heavier than sand, would remain. After extraction, the fleece should only be shaken and gold taken. Towards Majdanpek, 15 km away from Kučevo, in Brodica village, there is ‘Kraku lu Jordan’, an interesting archeological and metallurgical ancient complex from the third century. Since a greater part of the municipality is covered with forests, there is a significant fund of large, small and feathered game.