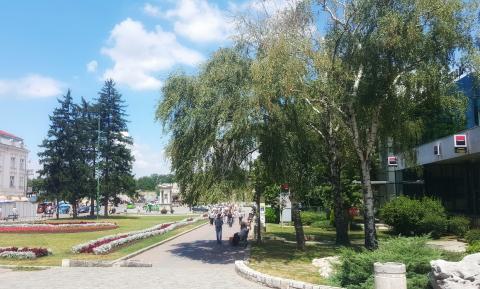 www.visitnis.com
Description:
Niš is one of the oldest cities in the Balkans and with around 250,000 residents is the third largest in Serbia and the capital of the Nišava District. It is located in southern Serbia, at the crossroads of the most important Balkan and European routes connecting Europe with the Middle East. In Niš, the main road, which runs from the north via the Morava valley, forks southward via the South Morava-Vardar valley (towards Thessaloniki and Athens), while the east road runs through the Nišava-Marica valley towards Sofia, Istanbul and the Middle East. In the Roman period, the second road was called the Via militaris, whereas in the Middle Ages it was called the Constantinople Road. The wider area around Niš has been inhabited since the Neolithic and early Bronze Age, to which prehistoric findings from Bubanj and Humska Čuka bear witness. The Dardani, Celts (Gauls) and Illyrians lived in Niš in the pre-Roman period. The Celts named the town Naissus (City of the Nymphs). In Roman times, Niš was a powerful military stronghold in which one of the greatest rulers of the Roman Empire, Flavius Valerius Constantinus, better known as Constantine the Great, was born in 274. The city became an important economic, military and administrative centre under his rule. The discovery of early Christian graves and a basilica (2nd to 4th centuries), as well as Constantine’s recognition of Christianity as the official religion in the Roman Empire (313), provides evidence of the city’s ancient Christian tradition. Between the 6th and 10th centuries, Niš was repeatedly attacked and held at various times by the Huns, Avars, Slavs, Bulgarians and Hungarians. Stefan Nemanja, the Serbian Grand Prince, captured Niš in 1183. He met with German Emperor Frederick Barbarossa in 1189, during the Second Crusade, and formed an alliance against the Byzantine Empire. After that followed attacks by the Byzantine Empire, the Bulgarians and the Hungarians, until the Turks captured Niš in 1386. The death of Commander Stevan Sinđelić in a battle with 3,000 fellow soldiers against 10,000 Turks on Čegar hill is an example of heroism which lives on today through the Skull Tower (Ćele Kula). Niš began its modern development after it was liberated from the Turks in 1878 and became the centre of the Serbian government and the seat of the National Assembly of Serbia in 1914. After the First World War, Niš became the regional capital of the Morava Banovina province. The most important cultural and historical attractions in Niš are the Mediana – a large 4th-century Roman estate; Niš Fortress – the best-preserved Turkish fortress in the central Balkans, built in 1723 and containing the remains of Roman Naissus in its foundations; the Skull Tower (Ćele Kula); Čegar, where a monument stands on the site of the battle between Stevan Sinđelić and the Turks; the Monument to the Liberators of Niš – erected in 1937 in memory of the fight for the liberation of Niš; the Red Cross Camp – a Nazi concentration camp; and Bubanj Memorial Park – one of the largest Second World War execution sites in Serbia. Picnic sites in the surroundings of Niš include the Sićevačka Klisura gorge – a 16 km-long protected natural feature with rare plants and animals; the Jelašnička Klisura gorge – a special 2 km-long nature reserve with waterfalls and rare plants and animals; the Bojanine Vode holiday resort; Kamenički Vis – a holiday resort with winter sports facilities; and Cerjanska Pećina cave, 4 km long, with spacious chambers beautifully decorated in cave formations (stalagmites, stalactites, etc.).
Audio record: