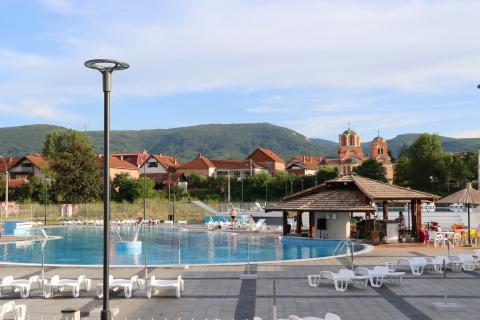 www.svrljig.rs
Description:
A small town of Svrljig is located on the Knjazevac-Nis road, between Svrljiške Mountains and Tresibaba, on the Svrljig part of the Timok River. This small municipality, belonging to Niš County, is administratively and commercially connected to Niš and its large utility infrastructure. The area covers the predominant part of Svrljig Timok basin, and Svrljig gorge is one of the most impressive transversal gorges in the Carpathian-Balkan arch and one of the most spacious gorges in general. Prekonoska cave is located 5 kilometres south-east of Svrljig, above the village Prekonoga, in a mildly sloped karsts plateau. The cave attracts scientists and adventurers, and its abundance, the one that can be reached, is immeasurable. It is rich in stalactites and stalagmites, underground rivers and lakes, and halls with its arches up to thirty meters high. Traces of life of the oldest, Palaeolithic human were discovered in this cave. This is the first cave that was used for tourist purposes in Serbia, and now it is forgotten. Picturesque area of Svrljig has good potentials for the development of mountain, rural, fishing and sightseeing tourism.