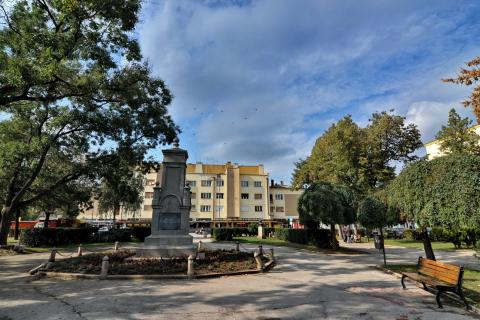 www.tokursumlija.rs
Description:
At the 32nd kilometre southeast of Prokuplje, lies Kuršumlija. It is located at the area of the former Roman town Ad Fines (‘At the end’). Stefan Nemanja, the founder of the Serbian sanctified Nemanjić dynasty, resided here during a period (in the 12th century). His legacy, the Monasteries of the Holy Mother of Christ and Saint Nicholas, were covered with lead roof which gleamed in the sun. The town itself used to be named Bela Crkva (the white church) after these churches. Its other name was also Toplice, most probably due to the mineral waters for which this area is famous. The name Kuršumlija was given by the Turks, because of the lead roofs on churches (kuršum = lead). This place is also known for its many legends about the Radun River, one of them being that the rivers of this area take an upstream course! In the surrounding area of Kuršumlija, in the village of Viče, archaeologists discovered the remains of a healing spa resort from the 3rd millennium BC. This location is considered to be the oldest spa in the world. Several spa resorts in the vicinity of Kuršumlija have sustained until today, with water springs considered to have the world’s best quality. The Prolom Banja spa is 23 km far from Kuršumlija. A vast number of minerals, in small amounts, make this spa resort one of the most convenient in Europe. The bottled water 'Prolom’ is very effective as a complementary therapy for those who suffer from kidney and urinary diseases. Lukovska Banja situated 35km away from Kuršumlija is the spa where persons suffering from pain due to rheumatism, spinal diseases or injuries, is successfully relieved. The thermal mineral waters in this spa reach the temperatures between 59 and 69°C, at a rate of up to 100 litres per second. The Devil's town Đavolja varoš is one of the most attractive natural phenomena in the world. It is a place of strange forms with a strange name, a complex of stone-capped, spindle-shaped pillars in science referred to as soil pyramids. It consists of 220 soil figures created by soil erosion. Not far from Kuršumlija, at the foot of the mountain Radan, rises the uninhabited town, Đavolja varoš - the Devil's Town. It can be reached by taking the road from this town leading to Priština. This unique natural phenomenon was named for its unusual configuration that the folk imagination perceived as scary. It is located above the Đački stream, which is barren, due to the high concentration of iron and sulphur. The Devil's Town consists of about 200 earth pillars and pyramids covered with stone caps. The pillars are twenty two meters high, having a diameter of one-half to three meters and are mostly grouped in rows sharing the same foundation. These formations have been developed by the constant work of erosive rainfall against which the pillars have been protected by the stone caps, while the rest of the earth around them has been washed away. A number of pillars varies, as new ones have been constantly formed while the old ones are collapsing. Also, each of these formations have their own unique shape that is constantly changing. The local tradition has several different explanations for the emergence of these pillars, the two among them being the most popular. The first says that the pillars are actually the petrified children who managed to outwit the devil in a bet. According to the second one, devils were trying to organize a wedding between a brother and a sister and a higher power petrified the wedding procession to prevent this sinful act. When the wind blows between the columns, it creates a howling sound that contributes to its uncommon atmosphere. There are also the Đavolji izvori (the Devil's springs) in the vicinity, named so because of the high mineral content of acidic water that has a red colour. The Devil's Town has been nominated for one of the world's natural wonders.