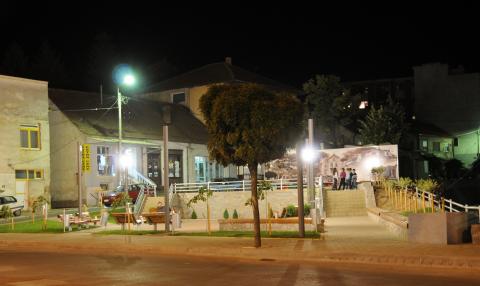 www.vladicinhan.org.rs
Description:
Vladičin han in Grdelica Gorge ranks among more recent settlements. It was first mentioned around 120 years ago. It was named after a secluded house - the inn (han) located on the imperial road, providing shelter to caravans. The house was built in mid 19th century by a person known as Stefan the Greek. He later sold the Han to Skopje Metropolitan Pajsije, after whose ecclesiastical title the Han got the name Vladičin that was soon to become the name of the entire settlement formed in that area. In 1930, the town had already had around twenty traders who exported cattle, apples and pears, and it had a number of Mills and craftsmen of different trades. Today, the main business of this town is industrial processing of fruit. Colourful, surrounded by wooded slopes of the mountains, with the confluence of the Vrla River and the Južna Morava River in the centre of town and a railroad and a highway running along the streets and houses, this town really offers a special atmosphere. At the exit of Grdelica Gorge, 14 km from Vladičin Han, there is a village and a Monastery of the same name, Mrtvica. At first glance already, this building attracts attention due to its unusual shape and the various architectural phases that it apparently went through. According to a legend it was founded in the late 5th century and contains the Byzantine icon-painting. The Monastery rests on the plateau barely wider than itself, over the cliffs to the north and south. A gravel road leads the way from the main road to the Monastery.The Monastery Church of St. Ilija in the Kacapun village, 13 km from Vladičin Han, dates back to the 13th century. It was too painted in the Byzantine iconography. The Hermitage Church of St. Petka is situated eight kilometres from Vladičin Han, on the old road Vranje - Vladičin han. Among the people, it has been known as the Latin Church, given that according to this hermitage, it existed even before Slavs arrived in this area. The altar is facing west. The Church itself consists of two openings in the rock. Candles are lit in one of the opening while the second has the spring of water believed to heal eyesight and headache.