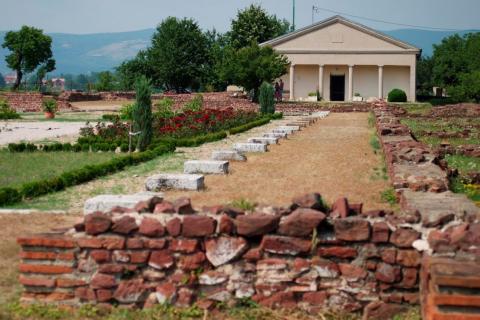 Description:
In the suburbs of ancient Niš, 5 km towards Niška Banja, there are the very well preserved remains of the beautiful emperor’s residence built by Constantine. Inside the spacious complex of Mediana, the emperor’s villa once dominated, surrounded by an open colonnade, summer residences, thermal baths and other numerous edifices. In the full splendour of imperial luxury, the halls are decorated with mosaics on the floor mosaics, impressive frescoes and marble statues. The Medusa mosaic and several sculptures have been relocated to the National Museum of Niš, and the rest can be seen on the site of Mediana.
Audio record: