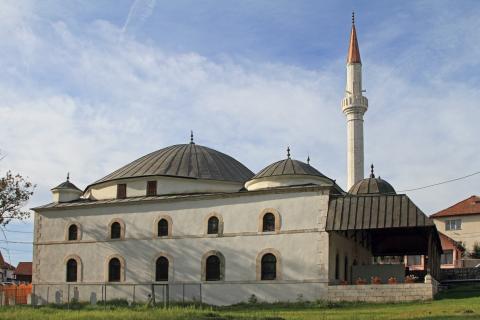 Description:
The surroundings of Pešter Plateau also abounds in the cultural-historical monuments of Islamic culture and art. In the very town of Sjenica, there is the Sultan Valide Mosque (19th century), the legacy of the Sultan Abdul Hamid the Second’s mother. The mosque has a dome 15 m in diameter, without one single pillar and without any foundation. Except for the fact that even today the mosque bears the epithet of the central bazaar mosque, this monument represents the golden era of the town of Sjenica, the time whem Sjenica was the seat of Sandžak – an administrative area in the Ottoman Empire. Architectonically, it is one of the most beautiful Islamic monuments in our country.