The Hammam of Bač 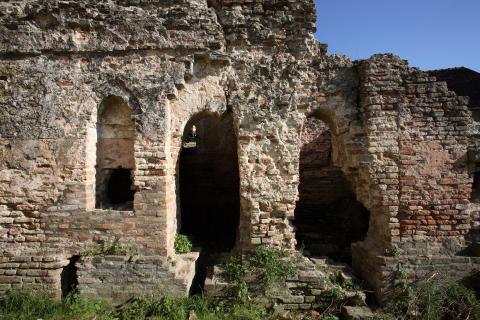 Description:
The Hammam, located in the center of Bač, is a valuable and rare testimony to the times of the Ottoman domination in the territory of Vojvodina. It is most likely that the hammam was constructed after 1578, and Evliya Çelebi also made a record of it when he was paying a visit to Bač in 1665. On the basis of the archaeological findings, it is known that the hammam consisted of six rooms (the shadirvan – the waiting room and coatroom; the halvat – the bathing room; the hasna – the water reservoir and the stokehole – the fireroom). The hammam is partly pulled down, but the part of the dome above the central room has been preserved. The walls of several rooms, including the containers of that time, have also been preserved. There are also the visible traces of the ceramic pipes that served for the separation of warm and cold water.