The Hammam of Sokobanja 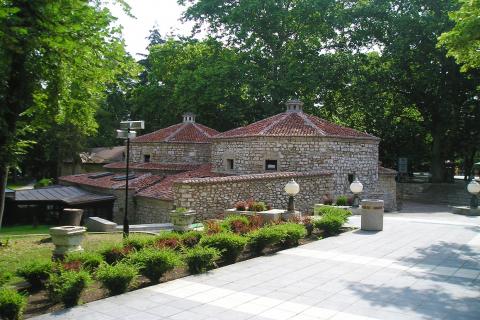 Description:
The “Hammam” Turkish bath is located in the Spa’s central park. It was built by the Turks, on the foundations of the Roman thermae, in the 15th century. The bath was renewed for the first time in 1834, according to Prince Miloš Obrenović’s order, and the last renewal was done in 2005. It is the only one Turkish bath in the Serbian territory to still be working. It is also known for the fact that the scenes of the famous “Zona Zamfirova” film, directed by Zdravko Šotra, were shot here.