The Museum of Yugoslav History 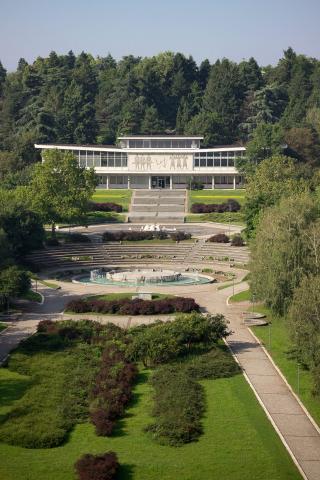 www.mij.rs
Description:
The Museum of Yugoslav History (MYH), preserves, researches and interprets the cultural heritage of the former country of Yugoslavia, with special emphasis on the social history of the socialist period. It was founded in 1996, as a result of a merger between the Memorial Centre Josip Broz Tito and the Museum of the Revolution of Yugoslav Nations and Ethnic Minorities. In 2013, it was declared an institution of national significance. The Museum of Yugoslav History complex consists of three venues that used to be part of the Memorial Centre Josip Broz Tito: the May 25 Museum, the House of Flowers and the Old Museum. They are situated on the grounds of the official residence of Josip Broz Tito (1892 - 1980), lifelong president of Yugoslavia, leader of the Communist Party, the Anti-Fascist Movement and the Non-Aligned Movement. The largest part of the museum’s collections is comprised of the gifts that Josip Broz received from other statesmen, prominent citizens and peoples living in the country that he led. E-mail: info@mij.rs Facebook page: @museumofyugoslavhistory Museum working hours: During winter period (from October, 15 to April, 15): from 10.00 a.m. to 6.00 p.m. every day except Mondays. During summer (from April, 15 to October, 15) period from 10.00 a.m. to 8.00 p.m. every day except Mondays.