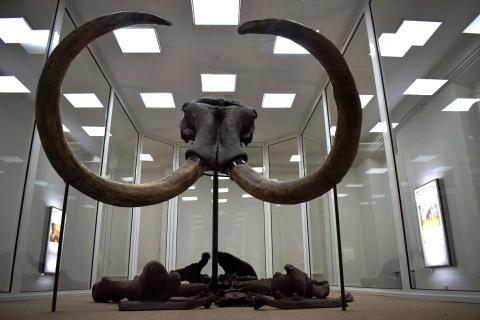 www.muzejkikinda.com
Description:
National museum of Kikinda is located in the former Magistrate of the Great Kikinda District (latin Curia), built in the 1839. In the period until half of the twentieth century the building was a seat of court and prison. The museum is founded in 1946. History of the town since its foundation (half of eighteenth century) through the most important historical dates and period of civil society formation is represented in the museum basic exhibition. The most impressive object in the museum is Kikinda Mammoth, the original fossil remains accompanied with 3D movie and a life size replica. Mmamutfest is the museum' s annual manifestation for children, that is held every second weekend in September with the purpose of promotion and popularization of keeping and using heritage. This birthday party marks anniversary of Kika's discovery nad represents the most sucessful programs realized for the youngest across the country and the region. In the aim of modernization the museum realizes the New Museum project based on the total reconstruction. This project is realizing in cooperation with interpretive designer firm Martello Media Ltd from Ireland. Museum in Kikinda will be transformed into dynamic institution of education, fun, challenge and inspiration. E-mail: muzejkikinda@gmail.com Facebook: Muzej Kikinda Twitter: Kikinda Museum Tel/fax: +381 (0) 230 21239, 22500/21033 Opening hours: - Tuesday – Saturday: 10am – 8pm